Can dogs have corn? Because we want our dogs to be safe

Sometimes our contents contains affiliate links, and if you find my writing helpful, clicking on it will help me make some money and get going

Can dogs have corn? The short answer: yes, but ONLY when the corn is unlinked from the cob. If the corn is on the cob, the answer is no! It will be risking our pup’s health.

There is a great deal of debate about the quality of corn in different dog foods.

Is the corn without the cob safe?

Corn is not necessarily a harmful ingredient, and dogs can have corn when it is not in the cob.
Many of the foods sold in the market for dogs contain corn or derivates in the form of by-products. Corn is used in many forms in the dog food industry.

However, the only scientifically-backed complaint that can be leveled at corn is that it’s not as energy-dense as other grains.

This leads to your dog, and also us, to eat more to fill the caloric needs, causing an imbalance in the diet. It will be detrimental to a balanced diet, as they are eating more quantity of the more negative properties of the corn and by-products. [3]

Although fillers are necessary for a balanced diet as binding agents, derivates from corn are not a good idea. Derivates such as the corn syrup or Monosodium Glutamate (MSG)

What is the nutritional value of the corn?

According to the FDA, aside from being used as a filler in some pet foods or fed to your pet complementary, the corn has some nutritional value. [5] [6] [7]

Aside from its energy content and all these properties, which also can be found in the most part of healthier vegetables in greater quantities, corn cannot be considered a rich source of nutrients. [12]

That is so, especially if you are targeting special issues for your dogs, like a skin or coat condition. Consider this list of healthy human foods that your dog can eat.

Is Corn on the cob bad for my dog? Why?

Corn cobs do not fully break down in a dog’s stomach. The size of the cob is often too large to pass through the rest of the gastrointestinal tract. [13]

The most common symptoms of corn cob ingestion are:

So remember, if you have a barbecue, make sure not to feed corn in the cob to your dog. Also, discard it safely where they can’t get it. Sometimes dogs might get the cobs in the trash. Make sure your dog doesn’t have access to it.

If your dog is a trash can addict and can’t get the nose out of it, you can consider a dog-proof trash can with a locking lid. That would prevent your dog from accessing the cob or any other unhealthy items you have thrown away. Your dog’s safety goes first!

What to do if my dog has eaten a corn cob anyway?

If your dog has the symptoms described above or if you suspect it could of have ingested the cob, take it your vet immediately without hesitation. [14]

Your vet will examine your pup, ask about its behavior, symptoms, and perform an X-Ray to determine the size and location of the cob.

Depending on the size of the cob, your dog might need a surgical procedure to pull the cob out through the rectum or the mouth.

To avoid this is better to prevent your dog from eating the cob in the first place.

Yes, dogs can eat corn, but always with moderation, like any food that doesn’t take part in its regular diet. About its nutritional value, most vegetables have the same or better health properties than corn. Why don’t you check these alternatives?

Despite whether you give corn to your dog or not, do not offer it in the cob, as it could be dangerous. Also, make it free of seasoning, as salt and herbs are not a very good idea.

How To Cat-Proof Your Christmas Tree in 3 Easy Steps

When Should I Take My Dog To The Vet For The 1st time? Good Owners Guide 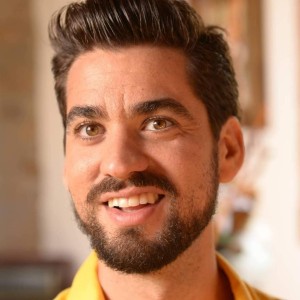 I´m passionate about what I like and do. I love my dog and cats and want the best life possible for them. I´m an expert on human psychology and animal behaviour and my mission is to work for their wellbeing. A happy pet makes a human happy! I also love to travel by bicycle, photography, the great outdoors and writing.

Send Us A Message

Save 35% on your next pet food offer

We have partnered with chewy.com to offer the best deal on quality pet food to our readers. If you click on the button below we will take you to their exclusive discount page
Claim the offer
Menu
Rate this article
 5/5

Low protein dog food is a type of...

This review aims to guide you to some...

What is the best dog food for Golden...

Best Multivitamins for dogs. I have tested different...

How To Cat-Proof Your Christmas Tree in 3 Easy Steps

When Should I Take My Dog To The Vet For The 1st time? Good Owners Guide

Is Raw Dog Food Good For Your Dog. Discover Benefits and Risks in 1 review

Read More »
February 23, 2021 No Comments
PrevPrevious15 Healthy human foods that my dog can eat to be happier
NextHow Often Do You Take A Cat To The Vet? Adult 1 A Year Great Health guide.Next